Controversy continues on the gem of the National Park along California’s Pacific Coast. In what was intended to be a wild area of sea cliffs, sand beaches, coastal prairies, and forests of Bishop pine and Doug fir, commercial dairy and beef ranchers remain entrenched in running their industrial farm operations on National Park Service land.

On recent field trips to Point Reyes National Seashore, we photographed the beauty of the peninsula and its wildlife, but also the large impacts of large of herds livestock ongoing in the park unit. Watch the video below for the story:

Point Reyes National Seashore was intended to be a restored and conserved natural landscape, with some historic landscape elements, full of elk herds and other wildlife, native bunchgrasses and wildflowers abounding. In a process of voluntary retirement, all the dairy and beef farms agreed to sell their operations to the National Park Service between 1962 and 1978, in order to phase out modern commercial agriculture. Beef and dairy operations were paid a total of $57.7 million to sell their lands to make way for the National Seashore (over $300 million in today’s dollars), and were generously given “life estates,” which allowed the former ranch owners to stay on in houses now owned by the Park Service, and run their livestock operations on leased National Seashore lands for a 25-year period until they could move to new private locations. They all agreed to this. But now almost all of the life estates have run their course, yet the livestock farmers have stubbornly not agreed to retire or move on to private lands with this generous tax-payer subsidy. This is illegal and not what the tax-payers agreed to originally.

Point Reyes National Seashore can be restored to a more natural setting. And it should be: cattle grazing dominates the California grasslands on hundreds of thousands of acres of private lands in the Coast Ranges. There should be one beautiful and wild example of a park unit which showcases the natural heritage of early California, the way the land used to be.

We found a few relicts of coastal prairie where the cows were fenced out, or in far pasture edges where cattle did not access. Here are hints of a once widespread natural world, full of wildflowers.

Point Reyes National Seashore has the potential to be restored to a whole ecosystem, like a Yellowstone National Park of the Pacific coast. On a few field trips we saw and photographed tule elk, black-tailed deer, bobcats, coyotes, badgers, and harbor seals basking on a beach. The wildlife-viewing opportunities are world-class. 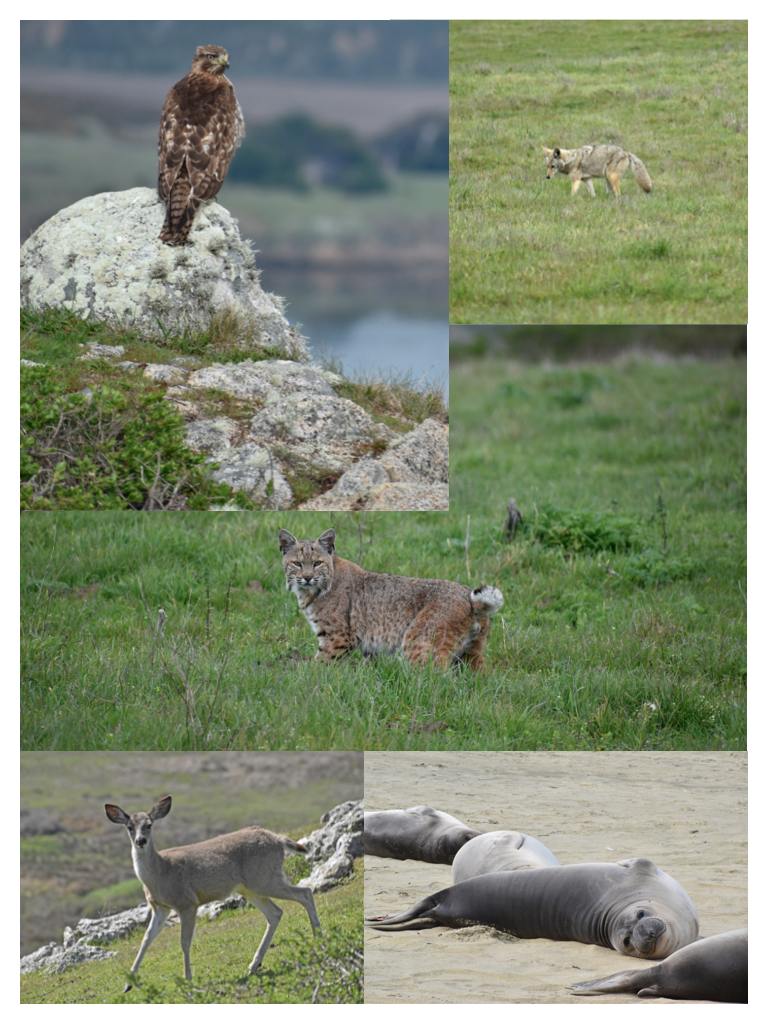 In the land where giant grizzlies once roamed, Point Reyes National Seashore should be given the opportunity to heal from decades of commercial farming, and the farmers here should honor their agreements to move to private lands to continue their operations.

For more information, see these links:

Ranches fence people and elk out of our park – Letter to the Editor
By Susan Ives, Marin Independent Journal, October 23, 2017

A Fight for the Future of Point Reyes
By Anna Kusmer, July 21, 2017, KQED Science