November 2014, WWP and Buffalo Field Campaign submitted an Endangered Species Act listing petition to the US Fish and Wildlife Service. Yellowstone bison are the only remaining wild population of plains bison with genetic integrity and still roams freely in the United States; nearly all other bison are genetically interbred with domestic cattle.

The petition is available to be read online here. Thanks especially to WWP’s California Director Dr. Michael Connor for this excellent review!

Plains Bison (Bison bison) are an icon of the West.  They are a keystone species ~ their distinctive grazing, wallowing and horning behavior creates important habitat for many species, including imperiled sage-grouse. Unfortunately, like many native wildlife species, the bison has been pushed to the brink of extinction and held there by competing commercial interests.

Once numbering 50 million strong, there were fewer than 25 wild bison remaining in the remote interior of Yellowstone National Park at the turn of the 20th Century.  Those few survivors were protected, and the population supplemented with bison captured elsewhere on the Great Plains, and the species was able to survive.  The bison in the Yellowstone area are one of very few wild populations in North America today, and the only wild population in Montana.

The Yellowstone population of 2000-5000 animals represents a tiny fraction of the original plains bison numbers, and wild bison now occupy less than 1% of their original native habitat. Most bison in the U.S. today are owned and managed as livestock and have mostly been hybridized with domestic cattle so they no longer retain their genetic identity as wild bison.  The Yellowstone bison population is perhaps the only population that has not been hybridized.  For this reason, the Yellowstone population is widely recognized as critical to the overall survival and recovery of the species.

Why are bison being slaughtered?

Bison are under attack due to public lands ranching and the disproportionate influence of livestock interests on state and federal government agencies. The National Park Service, the Forest Service, the Animal and Plant Health Inspection Service (APHIS), the State of Montana, and livestock associations use the fear of brucellosis (Brucella abortus) transmission from bison to cattle to justify aggressive management.  Brucellosis is a bacterial disease originally introduced to bison by domestic cattle that can cause a cow to abort a calf and can reduce milk production. Transmission from bison to cattle has never happened in the wild, and is unlikely to happen.  Kilpatrick 2009.

The real reason bison are primarily confined to the Park is more a matter of control over land and grass.  Bison compete with livestock for food.  Currently, public land ranchers enjoy exclusive privilege to federal grazing allotments surrounding Yellowstone National Park.  The livestock industry fears that if wild bison were allowed more room to roam – on our public lands – that would mean more grass going to wildlife and less grass for cattle, i.e. less profit in livestock ranching operations.

Thus, the bison population in the Yellowstone area is under constant pressure. In 2000, federal and state agencies signed an agreement known as the Interagency Bison Management Plan (IBMP) to jointly manage the bison population, under which they capture and slaughter bison, haze them off habitat in Montana and the Gallatin National Forest (using helicopters, and/or snowmobiles, ATVs and horses), confine them, and suppress the population and the bison’s natural behaviors.  The plan is supposedly based on “adaptive management” and should incrementally provide more tolerance and habitat to bison outside the Park. So far it has offered very little in support of bison, and the entire plan is slanted in favor of domestic livestock interests.

Western Watersheds Project has joined forces with allies and long-time committed bison advocates such as the Buffalo Field Campaign, Gallatin Wildlife Association, Yellowstone Buffalo Foundation, tribal organizations, and individual activists to ensure the last wild bison will be able to roam and reclaim their iconic presence on our public lands. Our advocacy has included multiple lawsuits, briefly summarized below.

In November 2009, WWP and multiple allies filed suit in federal district court in Montana against the Forest Service and National Park Service for their roles in slaughtering over 3,000 Yellowstone area bison, for failing to provide sufficient habitat on the Gallatin National Forest, and for failing to prepare a supplemental environmental impact statement in response to significant changed circumstances and new information regarding bison and brucellosis management.

Although we did not prevail in the lawsuit, it served to highlight a number of inconsistencies in the federal agencies’ positions and management decisions, and helped facilitate some important positive changes.  While the lawsuit was still pending, the agencies began discussing expanding habitat for bison in Montana on the northern and western boundaries of Yellowstone, and they have since created a greater tolerance zone on national forest lands north of the Park.  The public conversation also began to shift during the pendency of the lawsuit – livestock interests started to admit that they were afraid of losing public land grazing to bison, illustrating the true reason for targeting bison; and the federal agencies seemed to become somewhat more empowered to push for greater tolerance on public lands.  While we have a long way to go, this litigation was one important piece of the ongoing advocacy that will eventually lead to a truly wild, free-roaming bison population in Montana (and beyond!).

In March 2010, WWP filed suit against the State of Montana and the Montana Department of Fish, Wildlife and Parks, challenging the Department’s decision to transfer “title” of approximately 188 bison to a private corporation.  The transfer would turn previously publicly “owned” wild bison into privately owned chattel.

The bison are offspring from a group that was removed from Yellowstone and that has been subjected to a quarantine test and are now designated “brucellosis-free.”  When the agencies undertook the quarantine study, they committed to using all graduating bison and their offspring for public and tribal conservation herds, to be managed as wildlife forever and not to be used for commercial purposes.  When the Department of Fish, Wildlife and Parks failed to make sufficient plans in advance of needing to move the bison, they gave up on those initial criteria and commitments and brokered a deal for housing the quarantine bison for five more years of testing and monitoring, in exchange for 75% of the quarantine bison offspring (or an expected 188 out of 338 bison).  The plaintiffs in the lawsuit are arguing the Department’s decision violates its duties as trustee of the public’s wildlife under the Public Trust Doctrine.

Current status and next steps: WWP’s attorney presented oral argument to state district court judge Holly Brown on March 29, 2013, after the parties briefed cross motions for summary judgment and submitted proposed orders to the court.  The court’s decision is expected sometime in 2013.

In April 2011, the IBMP agencies preliminarily agreed to expand a bison-tolerant zone in the Gardiner Basin north of Yellowstone National Park.  The following winter, Montana undertook a public process to evaluate the proposed expansion, and ultimately approved – along with its federal bison management partners – the expansion.  While the expansion is far from sufficient, and bison will still be subject to capture, slaughter, hazing and other intensive IBMP management, the move is a necessary and welcome change that allows some bison to just be bison on their traditional native range for more of year.

Livestock interests and Park County promptly filed lawsuits challenging the state’s decision under a litany of claims.  WWP intervened, along with the Buffalo Field Campaign, to defend the state’s ability to expand bison habitat and to protect our interests in wild bison on the landscape.  The state district court judge overseeing the case issued a decision in January 2013 ruling against the livestock interests on each and every one of their claims.  This was a true victory for wild bison!  The losing parties have appealed to the Montana Supreme Court, however, so the battle is not yet over.  WWP intends to continue advocating for wild bison and defending the state’s ability to increase tolerance for bison in Montana, by participating in the appeals.

Current status and next steps: The appeals were filed in spring 2013. Briefing will likely be completed in July 2013. 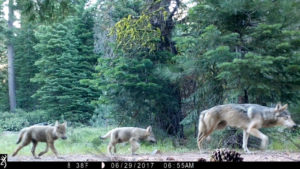 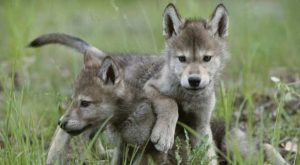 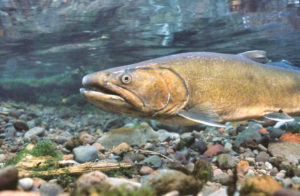 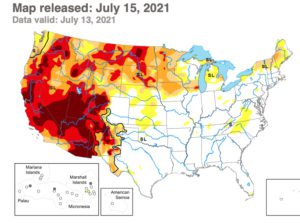 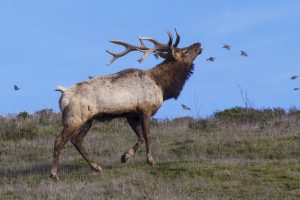