WASHINGTON, D.C. – Today, conservation groups WildEarth Guardians, Western Watersheds Project, and Rocky Mountain Wild filed a lawsuit against the U.S. Fish and Wildlife Service (the “Service”) for shirking its legal responsibility to recover endangered black-footed ferrets in Wyoming, thereby violating the Endangered Species Act (ESA). The groups are challenging a 2015 rule issued by the Service that has allowed the State of Wyoming to stall and obstruct ferret reintroductions and recovery everywhere in the state, including on federal public lands.

First listed as endangered as part of the “Class of 1967”—one of 78 species including the grizzly bear and manatee to receive pre-ESA protections—the black-footed ferret remains one of the most imperiled mammals in North America. The species was believed to be extinct until 1981, when a dog named Shep discovered the last remnant population in Meeteetse, Wyoming. Captive breeding of these last ferrets prevented the species from going extinct, and recovery now depends on the successful reintroductions. But reintroduced ferret populations have been shrinking for over a decade; according to estimates, less than 400 ferrets currently exist in the wild.

Despite the dire status of the species, the Service in 2015 issued what is known as a “10j rule” in Wyoming, a name derived from a provision of the ESA meant to facilitate reintroductions of threatened and endangered species by relaxing some of the Act’s protections for reintroduced populations. But, the Wyoming 10j rule provides for no specific reintroductions and cedes the Service’s authority for ferret recovery to the State of Wyoming, essentially washing the federal government’s hands of any obligation to act in the best interest of black-footed ferret recovery.

“The Wyoming 10j rule was born from a devil’s bargain,” said Joe Bushyhead, endangered species policy advocate at WildEarth Guardians. “The State of Wyoming refused to do anything to help black-footed ferrets until the Service handed over control of ferret recovery. The Service yielded to this demand, but the state has since used this newfound power to undermine potential reintroductions.”

Much of Wyoming’s resistance to black-footed ferret reintroductions stems from prairie dogs.  Ferrets depend on prairie dogs for food and prairie dog burrows for shelter. Recovering the ferrets requires protecting robust prairie dog colonies, a daunting task in the West where prairie dogs have long been considered an agricultural nuisance exterminated as pests. After over a century of shooting, poisoning, plague outbreaks, and habitat loss, most prairie dog complexes are now too small to support self-sustaining ferret populations.

“Putting the State of Wyoming in charge of black-footed ferret recovery has proven to be the worst possible idea,” said Jennifer Schwartz, staff attorney for WildEarth Guardians. “Black-footed ferrets need large, healthy prairie dog colonies to survive, but Wyoming and its agencies won’t give an inch in their efforts to exterminate prairie dogs. Meanwhile, ferret numbers are plummeting and reintroductions in the state have ground to a halt.”

Since the rediscovery of black-footed ferrets in 1981, Wyoming has only hosted reintroductions at two sites: in 1991, in the Shirley Basin, and beginning in 2016 on lands near Meeteetsee. Ferret populations continue to fluctuate at Shirley Basin, and recently collapsed at Meeteetse.

“Wild ferret populations are on life support and the Service openly admits that the population continues to decline at a rate that is outpacing reintroductions,” said Matthew Sandler, staff attorney at Rocky Mountain Wild. “The clear intent of the ESA is to give the federal government power to ensure the survival of known imperiled species, even in the face of special interests and political opposition. For the Service to simply throw away this power doesn’t just harm the black-footed ferret, but all imperiled species that rely upon the ESA for their very survival.”

The real consequences of the 10j rule have been felt on public lands—in particular on the Thunder Basin National Grassland in northeastern Wyoming, which the Service has recognized as possibly the best ferret reintroduction site in North America. In 2020, the U.S. Forest Service amended the Grassland’s management plan to eliminate ferret reintroduction habitat in order to increase livestock grazing. The Forest Service pointed to Wyoming’s refusal to allow reintroductions on the Grassland as a basis for its decision.

“Statewide ‘experimental, nonessential’ status for black-footed ferrets creates a giant loophole under which they get none of the mandatory federal protections that are supposed to come with their endangered species status, including habitat designations for prairie dog complexes,” said Erik Molvar, a wildlife biologist and the Executive Director of Western Watersheds Project. “Ceding control of its ferret reintroduction program to the State of Wyoming — which is actively working with ranchers to poison out prairie dogs — is a completely irresponsible way for the Fish and Wildlife Service to treat a species on the brink of extinction.” 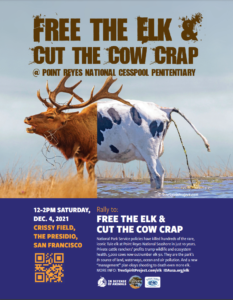 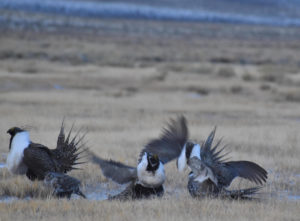 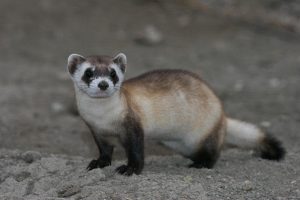