LARAMIE, Wyo. – The Forest Service today released a management plan amendment for the Thunder Basin National Grassland that prioritizes livestock use over wildlife habitat, and includes the elimination of the 50,000 acres designated to protect endangered black-footed ferrets and the prairie dogs on which they depend for food and habitat. The new plan radically expands shooting and poisoning of native prairie dogs, a critical food source for the ferrets.

“The Forest Service is throwing native wildlife and healthy ecosystems under the bus to appease a single constituency: the livestock lobby,” said Erik Molvar, a wildlife biologist and Executive Director with Western Watersheds Project. “Ranchers believe they should be able to eliminate wildlife that compete with their cattle on public lands, and they now have almost unlimited permission to kill off the prairie dogs that compete with their cows for forage.”

The black-tailed prairie dog is designated as a Sensitive Species by the Forest Service. Ecologically, it is considered a “keystone species” holding grasslands ecosystems together, and it is critical to the survival of many other rare species of wildlife, from burrowing owls to swift foxes to mountain plovers. According to the Wyoming Game and Fish Department, black-tailed prairie dogs are down to one-one-hundredth of one percent of their original occupied habitat in Wyoming.

“Ranchers shouldn’t be able to use public lands for their private benefit if they won’t accommodate native wildlife, and the Forest Service should live up to its own requirements to protect and conserve sensitive wildlife,” said Molvar. “A special-interest group shouldn’t dictate public lands management through the lens of their own profit margins. This plan amendment fails to meet legal requirements, and we’re looking very hard at litigation options.”

The Thunder Basin National Grassland encompasses lands that are the traditional lands of the Cheyenne, Crow, and Lakota peoples. 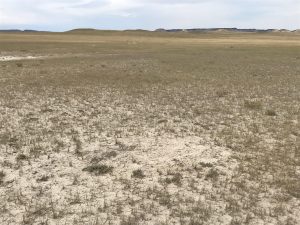