Hailey, ID – This week, wild bighorn sheep herds in Washington and Oregon have been detected with deadly pneumonia, likely caused by a deadly pathogen spread by domestic sheep grazing on public lands. The bighorn are dying slow and painful deaths because they have no natural immunity to the livestock-borne disease.

In Washington, the Department of Fish and Wildlife announced that deadly pneumonia had been detected in the Cleman Mountain herd of bighorn sheep, located primarily in the Okanogan-Wenatchee National Forest northwest of Yakima. A day later, the Oregon Department of Fish and Wildlife announced the detection of pneumonia in the Burnt River herd, southeast of Baker City. Both herds of bighorn likely contracted the illness from domestic sheep or goats.

“With the continued inaction on the part of the Forest Service to address the threat these allotments pose to bighorn sheep, these infections are all but inevitable,” said Melissa Cain, Bighorn Conservation Director for Western Watersheds Project. “The Forest Service needs to end permitted sheep grazing in bighorn habitat, or additional bighorn herds will be devastated by this deadly disease or even lost entirely.”

Bighorn sheep pneumonia is caused by pathogens carried by domestic sheep and goats, who typically remain asymptomatic themselves. The pathogens, which include the primary infectious agent Mycoplasma ovipneumoniae as well as a variety of bacteria that act as secondary agents to make bighorn sheep ill, originally traveled with domestic sheep from the old world to the new.

The bacteria reached the American West in the Mid-1800s as enormous bands of domestic sheep were brought to graze lush mountain meadows throughout the region, decimating populations of bighorn sheep, who hadn’t evolved with the bacteria and thus had no natural immunity. Several states saw their bighorn populations extirpated entirely, while others saw them reduced to a fraction of historic numbers. The bighorn deaths have continued for more than a century, reducing the remaining native herds as well as reestablished herds through sudden all-age die-offs and through subsequent annual losses of lambs, who can contract the bacteria from their mothers long after the initial disease event appears to have passed.

In particular, Oregon’s Cleman Mountain herd’s devastating illness came as no surprise to wildlife advocates, who for years have been warning of the risks domestic sheep pose to bighorn sheep on the eastern side of the Cascade range. The Cleman Mountain herd is flanked by domestic sheep allotments, Forest Service parcels permitted to private agricultural producers for the purpose of grazing livestock.

“As with COVID-19, appropriate social distancing is critical for managing the spread of this deadly disease,” said Cain. “Science tells us that domestic sheep need to stay far away from bighorn in order to keep our wildlife safe. The American public wants to see bighorn recovered, so the agencies are going to have to start following the science.” 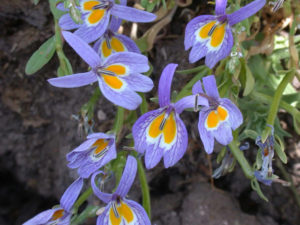 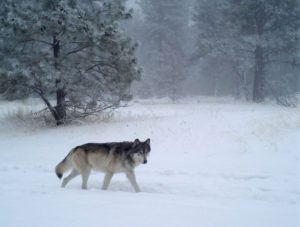 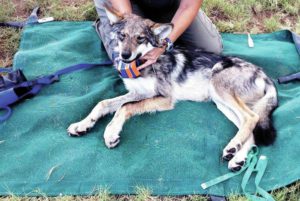