Home » News » Show up and speak out for Idaho’s Wildlife!

Show up and speak out for Idaho’s Wildlife! 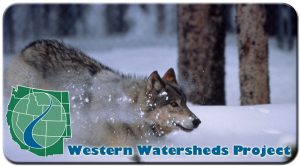 On January 22, 2020 at 7:00 pm in the “Trophy Room” at Idaho Department of Fish and Game, the agency will take public comment on new bag limits for wolves, a proposal to allow baiting wolves and other predators, and restrictions on use of body-gripping “Conibear” traps.

Expanding wolf hunting and trapping in Idaho is irresponsible.  IDFG does not know what the current Idaho wolf population is, and 350 wolves were killed in Idaho by hunters and trappers last year alone. A single trapper may kill up to 20 wolves in some places–and last year, one did.  Wolf killing can be lucrative, too: IDFG is paying glorified wolf bounties by funding the Foundation for Wildlife Management, which “reimburses” wolf trappers up to $1000 per wolf killed. Increasing bag limits for wolves with these incentives in place seems like a wildlife policy aimed at extirpation not management.

The proposal to use baits to capture wolves poses a threat to grizzly bears, which are expanding in Idaho: two grizzlies made their way into the Selway-Bitterroot ecosystem last year and one was photographed over a bait set for black bears. The public overwhelmingly voted to reject a similar wolf baiting proposal just a little over two years ago.

In better news, the proposal to restrict the use of body-gripping Conibear traps is worth supporting.  These lethal traps, which may be placed underwater or on land, pose a serious threat to pets and the recreating public.  WWP and our allies have long campaigned to end the use of these deadly traps on public lands.

Please show up tomorrow night (1/22) at 7:00 pm to speak out on these issues!  Let the IDFG Commission know that the public is watching and cares how it manages predators in Idaho.