Score One for Oregon Sage-Grouse! 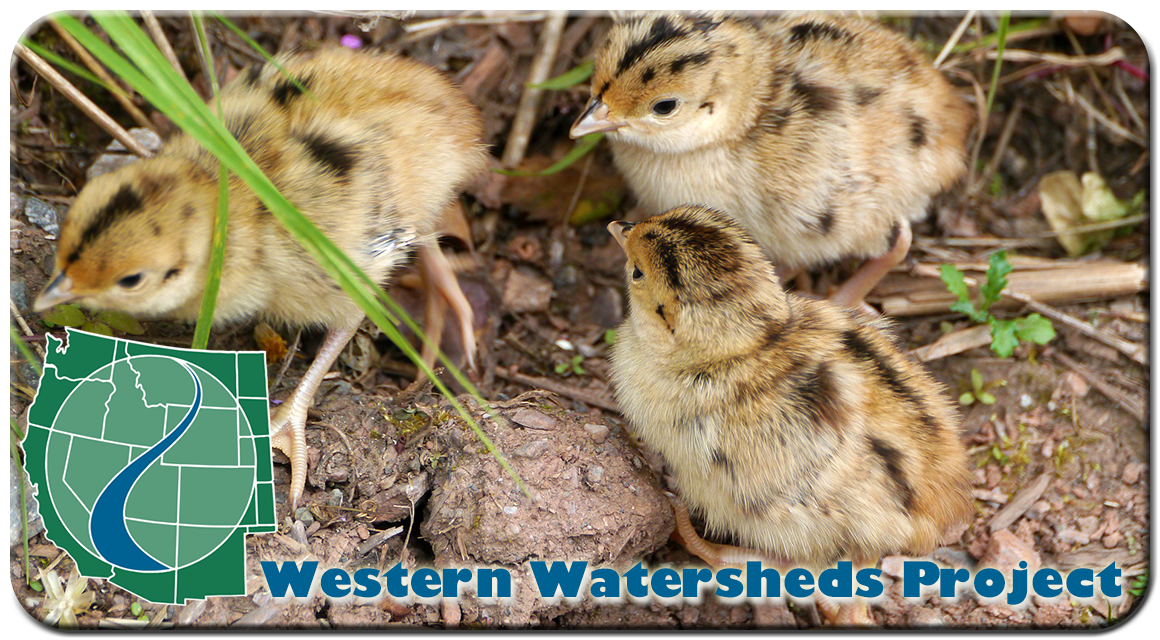 In January, on his last day in office, then-Secretary of the Interior Ryan Zinke arbitrarily ordered the Bureau of Land Management (BLM) to renew the grazing permits of convicted arsonists Dwight and Steven Hammond. The BLM had cancelled the permits in 2014 because of the history of bad-acting by these permittees on four grazing allotments near Burns, and had been defending its decision to do so in the administrative courts since then.  Zinke’s decision reflected political interference in public lands management from the highest levels in D.C., and Western Watersheds Project knew that grazing-by-decree is fundamentally not how public lands are supposed to be managed.

Last month, WWP and our allies filed a lawsuit to challenge the 2019 grazing decision, and this week, we won an important preliminary victory in the case. A federal district court judge in Oregon granted a Temporary Restraining Order (TRO) preventing the Hammonds cows from being turned out into sage-grouse habitat on the Mud Creek and Hardie Summer allotments for the next 28 days! This TRO will stay in place until the court can hear the Motion for a Preliminary Injunction and pending the briefing on the merits of the case, which is all legalese for our work having immediate impacts that benefit sage-grouse, rare redband trout, and all the plants and animals that rely on these public lands on the flanks of Steens Mountain near the Malheur National Wildlife Refuge.

In granting our TRO, the court ruled, “Livestock grazing is known to be detrimental for sage-grouse because it reduces the height and density of grasses and forbs. Livestock grazing also increases susceptibility of Wyoming big sagebrush ecosystems to cheatgrass invasion as livestock trample biological soil crusts, suppress native bunchgrasses, and shorten fire-return. Domestic livestock disperse exotic seeds at about two orders of magnitude greater than do native ungulates, further increasing cheatgrass spread. Cheatgrass is highly flammable and suppresses sagebrush initiation and growth.”

We couldn’t be more proud of our attorneys and grateful to the scientists who have spoken out in this case. We’re also happy to have co-plaintiffs, Center for Biological Diversity and WildEarth Guardians, joining us in this effort.

Thanks especially to all our members who support us in taking a stand against improper grazing management on our public lands!