Home » News » Trump Administration to Auction Off 900,000 Acres for Fracking in Nevada

Trump Administration to Auction Off 900,000 Acres for Fracking in Nevada

RENO, Nev.— The Trump administration plans to auction more than 900,000 acres for oil and gas extraction on the doorstep of Nevada’s only national park and other protected public lands. It would be the largest single lease sale of public lands in the lower 48 states in at least a decade.

“The Trump administration is doubling down on its reckless ‘drill-anywhere’ strategy,” said Patrick Donnelly, Nevada state director at the Center for Biological Diversity. “Nevadans cherish our national park and wildlife refuges. It’s disgusting that Trump officials are willing to permanently defile these spectacular places to appease the oil industry.”

One parcel comes within a half-mile of South Ruby Lake, where a spill of fracking fluids or a well failure could contaminate one of the Great Basin’s most vibrant aquatic ecosystems.

Great Basin National Park has been designated an International Dark Sky Park in recognition of its remoteness. The area surrounding the park is undisturbed except for a few multigenerational ranches.

The BLM deferred roughly 400,000 acres of sage-grouse habitat from an October auction to the March sale in response to a federal court order, stemming from a lawsuit filed by the Center, Western Watersheds and Advocates for the West.

“The BLM is doing the absolute minimum to claim it’s complying with the court order,” Donnelly said. “Meanwhile the agency is rushing ahead with the illegal action that prompted the lawsuit in the first place, offering massive swaths of critical sage-grouse habitat in violation of its own plans to protect the bird.” 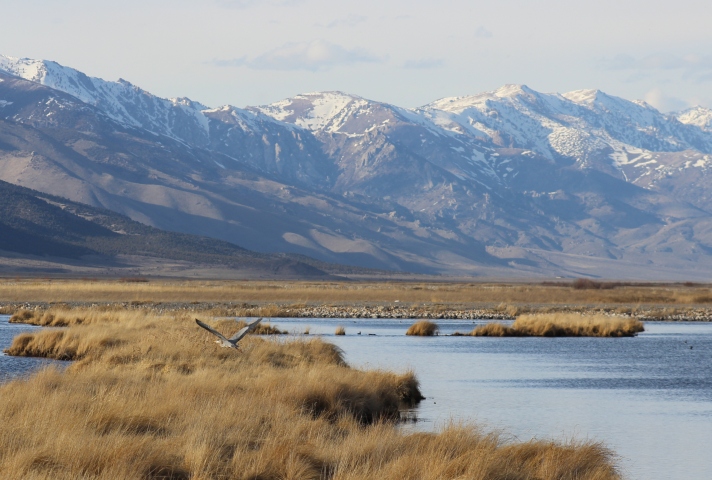 The Center for Biological Diversity is a national, nonprofit conservation organization with more than 1 million members and online activists dedicated to the protection of endangered species and wild places.

Western Watersheds Project works to protect and restore watersheds and wildlife on public lands across the American West.