BOISE, Idaho― Western Watersheds Project and the Center for Biological Diversity have filed a motion in federal court to block a Trump administration policy limiting the public’s ability to scrutinize oil and gas leasing on public lands. Advocates for the West, a Boise-based public-interest law firm, represents the groups.

“The federal government should be making it easier for the public to weigh in on leasing decisions, not shutting the public out,” said Kelly Fuller, energy campaign coordinator for Western Watersheds Project. “Because drilling and fracking endangers communities, wildlife and public lands, the public’s voice needs to be heard, not silenced.”

In January the Bureau of Land Management reversed an Obama-era rule with a new policy encouraging the agency to skip public and environmental reviews for leasing decisions. The policy also makes previously mandatory public-comment periods optional, slashes 30-day administrative protest periods to 10 days, and requires the BLM to lease lands nominated by industry. Friday’s motion asked a federal court judge in Boise to block those changes.

“Trump wants to protect the fossil-fuel industry by trampling bedrock environmental laws and limiting public input. We’re not going to let that happen,” said Taylor McKinnon of the Center for Biological Diversity. “The future of the American West is at stake, as well as the fate of greater sage-grouse, pronghorn and hundreds of other species that depend on these public lands for survival.”

Friday’s preliminary injunction request is part of a broader lawsuit filed in April by Advocates for the West for the two conservation groups. That litigation challenges illegal federal oil and gas leasing practices across five western states and covering almost 2 million acres of key greater sage-grouse habitat. This iconic and imperiled bird is unique to the West and has lost almost half of its habitat since Euro-American settlement.

About 90 percent of federal public lands in the West are available for oil and gas leasing. Federal oil and gas leasing commits millions of acres of public land to fossil fuel industrialization that causes vast climate pollution, pollutes clean air and water, and destroys habitat for sensitive and endangered wildlife. So far in 2018, federal lease sales have taken place in Colorado, Montana, Nevada, New Mexico, Utah and Wyoming. Federal lease sales were also scheduled twice in Idaho in 2018 and then postponed.

“The Trump administration is trying to exclude the public from oil and gas lease decisions and weaken environmental reviews. We are asking the court to bring balance and fairness back into our public-lands management,” said Laird Lucas, executive director at Advocates for the West and lead lawyer for the plaintiffs.

The Center for Biological Diversity is a national, nonprofit conservation organization with more than 1.6 million members and online activists dedicated to the protection of endangered species and wild places.

Advocates for the West is a public interest environmental law firm winning for the West’s natural treasures and wildlife. 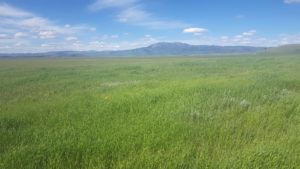 Grays Lake National Wildlife Refuge in eastern Idaho, which has been threatened by oil and gas leasing twice in 2018.
Photo: Kelly Fuller